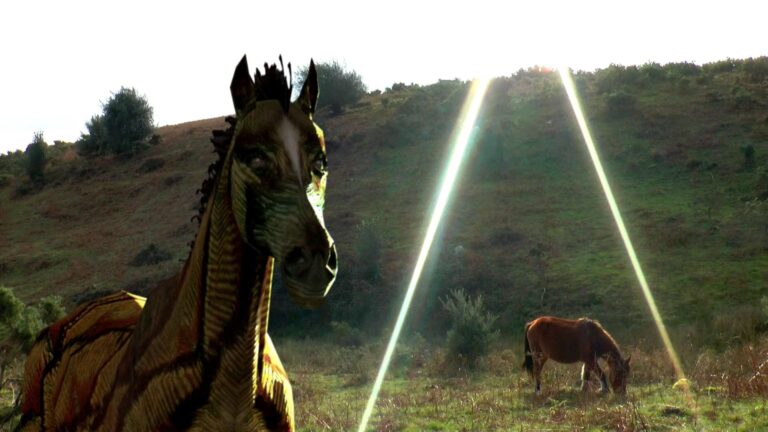 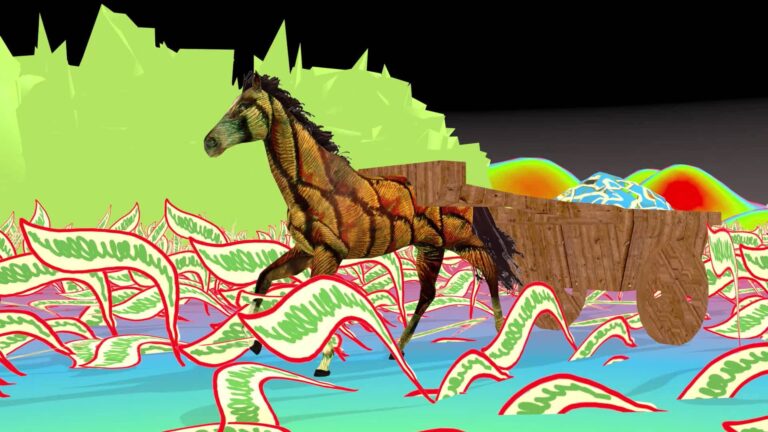 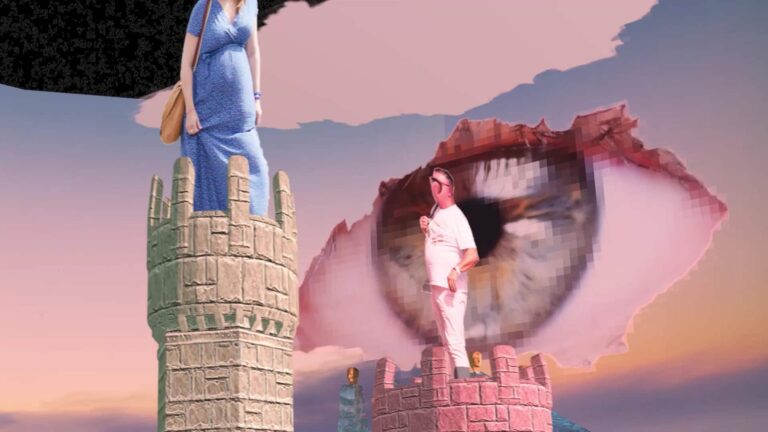 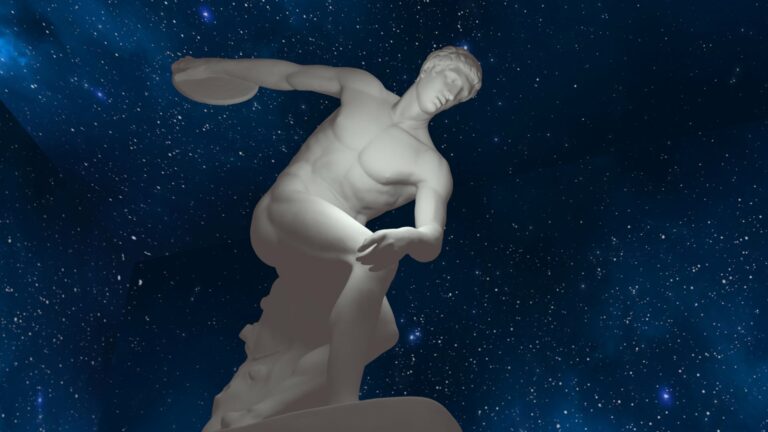 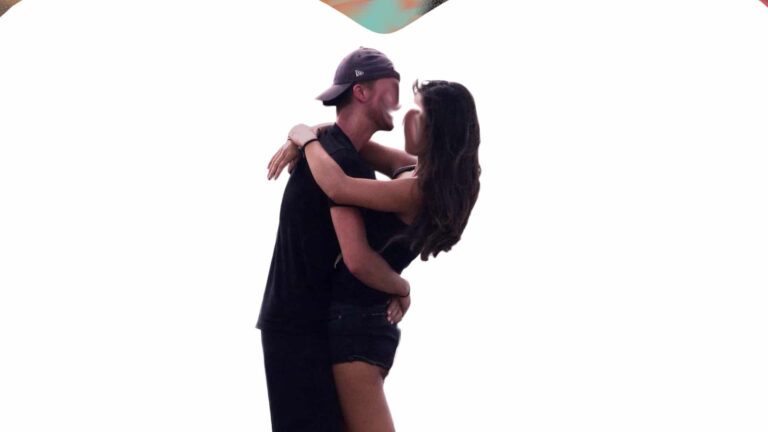 What do the images want? This is the title that the American W. J. J. T. Mitchell, promoter of visual studies, has chosen for a French collection of his texts (Presses du réel, 2014). A vast programme: according to him, images must indeed be considered as living beings, as if they were alive in order to understand them as accurately as possible. It is thus a question of breaking with a background of Platonic sauce that is still lapping at the bottom of our skulls: the images would only be ideal, immaterial or “virtual” arrangements – a term that has moved far from its initial meaning.

To put it quickly, Platonism and its iconoclasm, its rejection of the image as supposedly mirage, have secretly perpetuated themselves in the notions of “simulacrum” and integral “spectacle”. The rise of digital imaging at the end of the 20th century cemented a mythology of the “virtual” as a general derealization and dematerialization, in the form of holograms or perfectly metamorphic avatars. Matrix, in 1999, represented the acme and as the swan song of this ritornello, both euphoric and anguishing of dematerialization through computer technology.

Since then, the world has not vanished into pixels in the large matrix. On the contrary, it appears to be getting heavier and heavier, as the global ecological crisis is worsening day by day. The web itself has its part to play, with data centres that are extremely energy-intensive: images weigh very heavily in terms of computer storage and therefore also in terms of power consumption. Their streaming is not the ethereal part of the angels but causes a material expense.

Moreover, digital technology creates images as a biology, continuously exchanged, duplicated, but more often than not, truncated, schematized, retouched, diverted. In other words: they mutate with each click. These GMOs constitute like a Second Life, to take the name of a site that once marked people’s minds: not a derived life, “virtual”, but a second life in fact, the invention of an ecosystem where each avatar was likely to evolve and mutate.

On the other hand, we can consider ourselves as living images. I am not only thinking of animal cloning or transhumanist whims (the fantasy of a completely redesigned humanity). Every living body is indeed the translation of a DNA, like its expressed image (what is called in biology phenotype) – just as digital images emanate from computer codes. The convergence between genetics and computer science is even becoming abyssal when researchers are currently working to transform DNA into a data carrier: a Harvard team has succeeded in encoding a GIF on the DNA sequence of a bacterium – in this case the iconic chronophotographs of a galloping horse made by the Englishman Eadweard Muybridge (who feeds Bertrand Dezoteux’ Zootrope). Just as images stricto sensu mutate on the web as they are duplicated, the aging of an organism results from an increasingly inaccurate copy of DNA and thus: we move further and further away from its primary coordinates, we become like our own parody.

Bertrand Dezoteux, when he unveils the imaginary foundation of his film Super Reigne, says he was nourished by the reflections of biologist Lynn Margulis in her book L’Univers bactériel. It considers the techniques not as the prerogative of the human species, but as the extension or expression of the entire biosphere, its extended phenotype. A way of saying that if our inventions influence biology, they also have their own biology (this was also André Leroi-Gourhan’s big question): we are co-evolving with our own technologies. In Super-Region, Dezoteux reappropriates precisely a sculpture by the Austrian Bruno Gironcoli, which combines mechanical and organic motifs, at the junction of techniques and biology.

So what do the images want? What are they looking for? I think that’s the big question about Bertrand Dezoteux’s films. We follow the quests or the wanderings of images left to themselves, in a second life left fallow. Avatars mutate there and hybridize into unrecognizable forms, perhaps returning to the wild.

What do these images want? What does this deformed fox want, mutating as if parachuted from a digital Chernobyl (L’Histoire de France in 3D)? What do this tumbler waiting for its meal and this soft machine holding a combine and a vacuum cleaner (Super-Region) want? What does this horse want in crushed textures and speaking with the voice of a child (Zootrope)? They themselves, these images, do not know what they want, seized by a desire they cannot name: no doubt that is why they appear desperately hungry (the fox of L’Histoire de France desperately looking for food, the man of Super Reign who complains while waiting for a meal to be delivered).

A constant figure in Dezoteux’s work is the flight forward, the race in the middle of the desert: the dream of an escape, a point of escape that cannot be found, which always seems to fall back on an erratic, trampling place. They are orphan images, single machines that struggle to dialogue, to exchange, as they are, as mutants, creatures-collage, creatures of Frankenstein, the unique representatives of nameless species. This is why, in another of his films (not shown here), Harmony, it appears that the fauna of an extraterrestrial planet is able to reproduce beyond the barrier of species, inventing composite, monstrous anatomies. But what are they hungry for? Probably from the lost resemblance. They don’t look like anything anymore, they don’t look like us anymore.

Dezoteux’s films are in a way animal documentaries. It is about capturing the private life of images, puppets or avatars, their existence as soon as we no longer look at them. Because images are not just alive, they have an infinite number of simultaneous lives. There can certainly be a consensus on the prototype of an image, a canonical version as long as we are in the institutional artistic field (the work exhibited in the museum, the film released in the cinema…). But each image has, through the web, a multitude of modes of existence. Diffused and digested by a community, they go through transitional and simultaneous stages of visibility, the more or less permanent traces of an infinite process of numerical variations. Scintillating waste from a comet image of which we only see the trail. It is not irrelevant that the avatar is certainly a certain type of image, but that it is also synonymous with an incident or a disappointment. Every time an image appears, it runs the risk of becoming a monstrous parody, a catastrophic counterfeit.

Dezoteux’s carnival is not only a matter of pure fantasy, neo-surrealism or unbridled psychedelia. It is as if he were trying to capture this crazy fauna that jumps and boggles in our hard disks: we think, for example, of inceptionism, the name given to these images generated by computer networks “trained” in visual recognition. Sweeping and harvesting images from the web, they end up constituting deformed creatures, between hallucinations and monstrous abortions.

Dezoteux is in a way a digital ragpicker, exploring the ecology of digital dumpsites, those limbs where the remains of images, their leper avatars or even decomposed – their matter, in his films, often lurks, confusingly, towards the garbage or the excrementiel. Here, images from all over the world are embraced and matched: texture details, elementary structures purchased from a specialized site, works of art (Gironcoli’s sculpture or an icon of Christ in Harmony), GIFs that could come from personal or family videos, signage and elementary pictograms, standard analogical images confronted with their Frankenstein declination (a typical German shepherd facing the mutant fox in L’Histoire de France, ponies captured in their Basque mountains in reverse of a zombie horse in Zootrope), photos or effigies of historical figures (the statue of Jules Michelet became a kind of obscene pastry, the face of Roland Barthes in cubist mode in L’Histoire de France) or even their sound recording (De Gaulle or Michel Rocard !). A repository of digital avatars, and therefore also of anthropomorphism, such as its hells or limbs where our ghosts wander, in a disturbing indistinction.

Bertrand Dezoteux succeeds in making digital raw art, which is a matter of recovery, collage, composite, boldly assumes a roughness of pixels, contrasts and stridences. After all, we have returned to a Stone Age – no longer flint but silicon. And it is as if a new prehistory is now accumulating in our hard disks. Abandoned images fall back into the wild, look for disfigurement or inbreeding.

The elements of narrative constitute one more material, ore or waste in this world – it is another singularity of Dezoteux, who is always keen to back his visions with a narrative that is in turn ironic, esoteric, scattered. In this respect, he may ultimately be an heir to Martial Canterel, the enchanter imagined by the writer Raymond Roussel in his famous book Locus Solus (1914). Both an artist and a scientist, Canterel takes visitors on a tour of his property, which boasts many wonders, steel attractions that bring together many elements and imaginations. The surrealists dubbed Roussel’s visions, conceiving him as a kind of spiritualist magician. In How I Wrote Some of My Books, the eccentric writer later confessed that these paintings were all about phonetic games. The unheard-of was a matter of combinatorics. There is that at Dezoteux, transmitting the encrypted flows of the web into wild savannah.